On the close encounters between Plutinos and Neptune Trojans 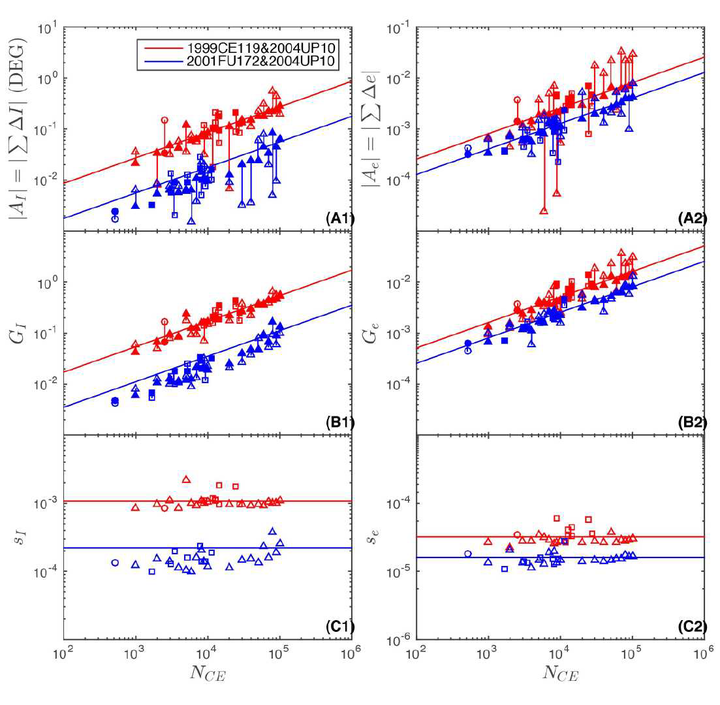 Close encounters (CEs) between celestial objects may exert significant influence on their orbits. The influence will be even enhanced when two groups of celestial objects are confined in stable orbital configurations, e.g. in adjacent mean motion resonances (MMRs). Plutinos and Neptune Trojans, trapped in the 2:3 and 1:1 MMRs with Neptune respectively, are such examples. %Meanwhile, many objects among these two groups have peculiar orbits, seemingly as the vestige of CEs. As the first part of our investigation, this paper provides a detailed description of CEs between Plutinos and Trojans and their potential influences on the Trojans' orbits. Statistical analyses of CE data from numerical simulations reveal the randomness lying in the CEs between the two planetesimals. The closest positions of CEs distribute symmetrically inside the given CE region and no particular bias is found between the positive and negative effects on the orbital elements of Trojans. Based on the Gaussian approximation on the distribution of the velocity orientation of Plutino, and the integral derivatives of Gaussian perturbation equations, a theoretical method is built to estimate the CE effects. To further verify the randomness of CEs, a Monte Carlo approach is applied, and it generates distribution features consistent with the numerical results. In summary, CEs brought by realistic Plutinos exert impartial effects and tiny total influence on the orbital elements of Trojans. However, driven by the random walk mechanism, tiny effects may accumulate to a prominent variation given sufficient CEs, which will be discussed in the accompanying paper. 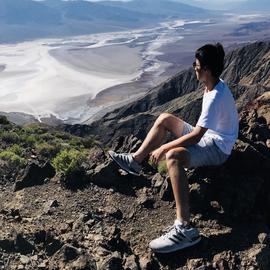